An often overlooked song about the temple is Truth from Elijah.  If you are looking for a change instead of teaching I Love to See the Temple, teach this underrated primary song instead!!  It’s beautiful! 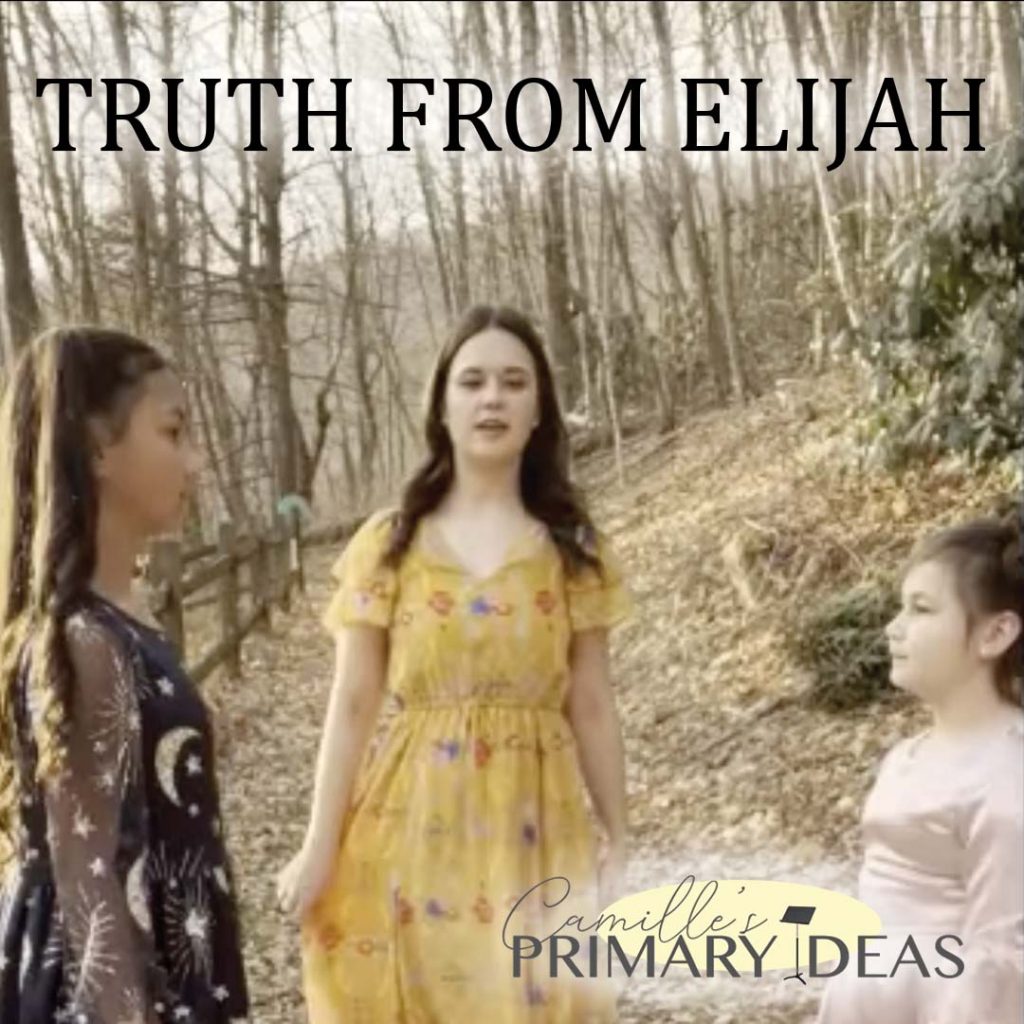 Vanja Watkins is the author and composer of this song.  She has a talent for creating music that coincides with the flow and message of her songs.  And Truth from Elijah is no different.

In Stories of The Children’s Songbook written by Patricia Graham (more details on that book HERE), it says:

Vanja skillfully wrote a melody that “turns” along with the words.  The key also turns from minor to major as a positive conclusion.

The emphasis on “turning” was very intentional.  When you teach Truth from Elijah, try to emphasize this very important point! 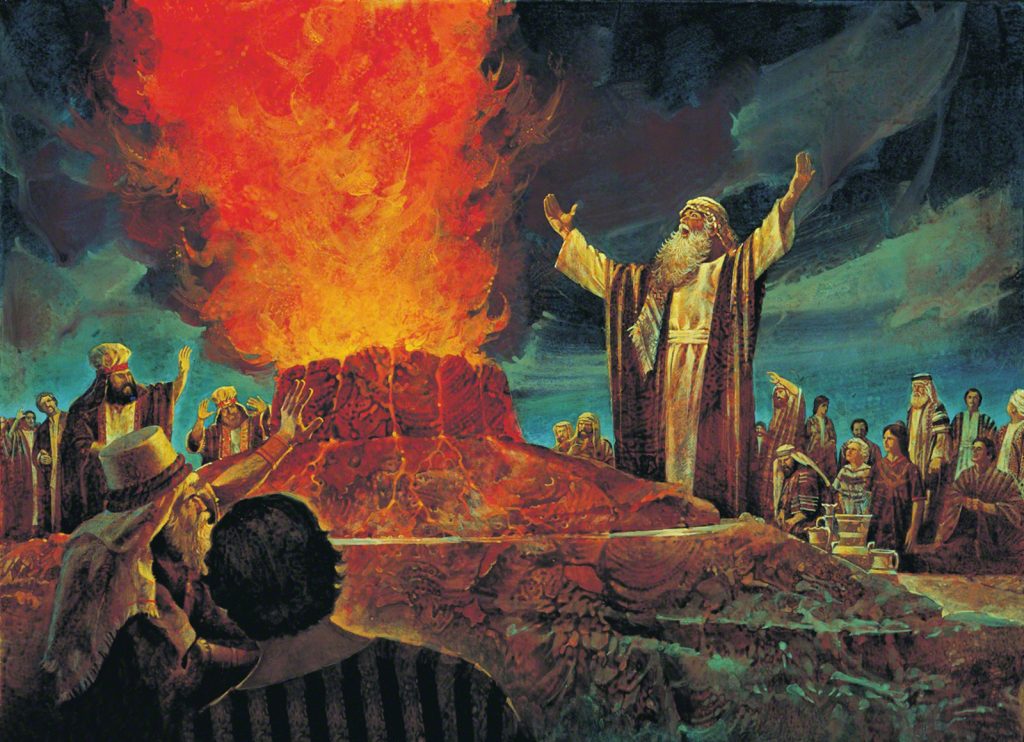 In conjunction with the Gospel Art Book Image #95 of Elijah Appearing in the Kirtland Temple HERE. 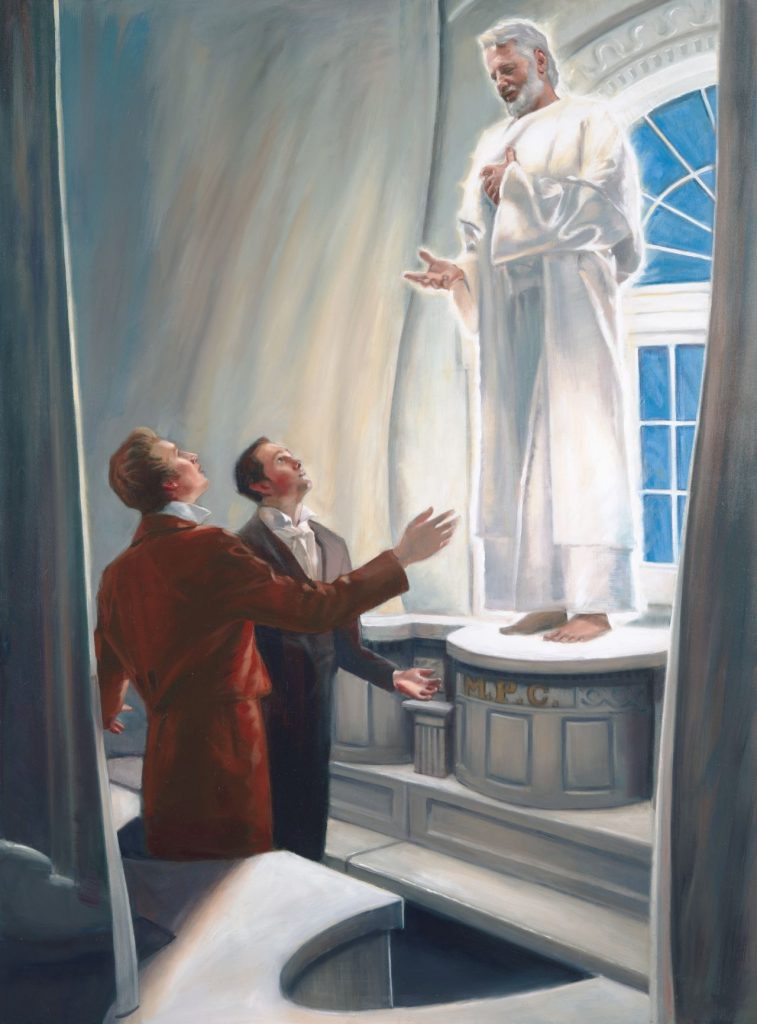 Tell the primary that Elijah played an important role in the restoration of the gospel.  Elder Bednar’s talk HERE contains a wonderful summary on Elijah:

Elijah was an Old Testament prophet through whom mighty miracles were performed. He sealed the heavens, and no rain fell in ancient Israel for 3½ years. He multiplied a widow’s meal and oil. He raised a young boy from the dead, and he called down fire from heaven in a challenge to the prophets of Baal. (See 1 Kings 17–18.) At the conclusion of Elijah’s mortal ministry, he “went up by a whirlwind into heaven” (2 Kings 2:11) and was translated.

“We learn from latter-day revelation that Elijah held the sealing power of the Melchizedek Priesthood and was the last prophet to do so before the time of Jesus Christ” (Bible Dictionary, “Elijah”)…

Scripture records that Elijah the prophet stood before Joseph and Oliver and said:

“Behold, the time has fully come, which was spoken of by the mouth of Malachi—testifying that he [Elijah] should be sent, before the great and dreadful day of the Lord come—

“Therefore, the keys of this dispensation are committed into your hands; and by this ye may know that the great and dreadful day of the Lord is near, even at the doors” (D&C 110:14–16).

Another summary is HERE from the February 1983 Friend magazine.

The promise the Lord made through his prophets was that a time would come when everyone, living or dead, would have the opportunity for baptism and temple blessings.

About 900 years before Christ, Elijah had the keys, or authority, to use priesthood sealing powers on earth and in heaven. In the latter days his mission was to bring that authority back to earth so that genealogy and temple work could be done.

Because the people were wicked, Elijah sealed the heavens so that it wouldn’t rain. Ravens brought food to Elijah during the famine.

A widow shared her last flour and oil with Elijah and was promised her supply would last. The widow’s son became sick and died. God answered Elijah’s prayers, and the boy lived again.

Elijah called down fire from heaven in a contest with the wicked priests of Baal, hoping the people would then believe in the true God.

Elijah divided the waters of the Jordan River by hitting the water with his mantle, or cloak.

Elijah did not die, but was taken to heaven in a chariot of fire.

About 400 B.C. the prophet Malachi prophesied that Elijah would return the power and keys for sealing to the earth.

On April 3, 1836, Elijah came to Joseph Smith and Oliver Cowdery in the Kirtland Temple in Ohio. Because the prophecy of Malachi was fulfilled, families can now be sealed for eternity, and genealogy and temple work is done for the dead.

For the activity, I LOVE the “dance” that Jessa shared HERE.  It portrays all the turning that the composer put so much work into emphasizing!  It couldn’t be more perfect!

I have simple notes on the dance if it helps:

Begin by moving the chairs completely out of the way.  Have your primary sit in a big circle.*

*If your primary is large, try these variations:

Bear testimony that the hearts of the children have turned to their fathers.  We can preserve the names and memories of our loved ones by striving to be worthy to go to the temple and having our loved ones sealed to us for eternity.

I want to conclude with this YouTube video because it’s just cool, check out this Truth from Elijah (sea shanty) version:

A downloadable PDF of this blog post lesson plan is available in my Singing Time To-Go!  All you have to do is print!  Find it with July 2022’s singing time material.  Check out more details HERE. 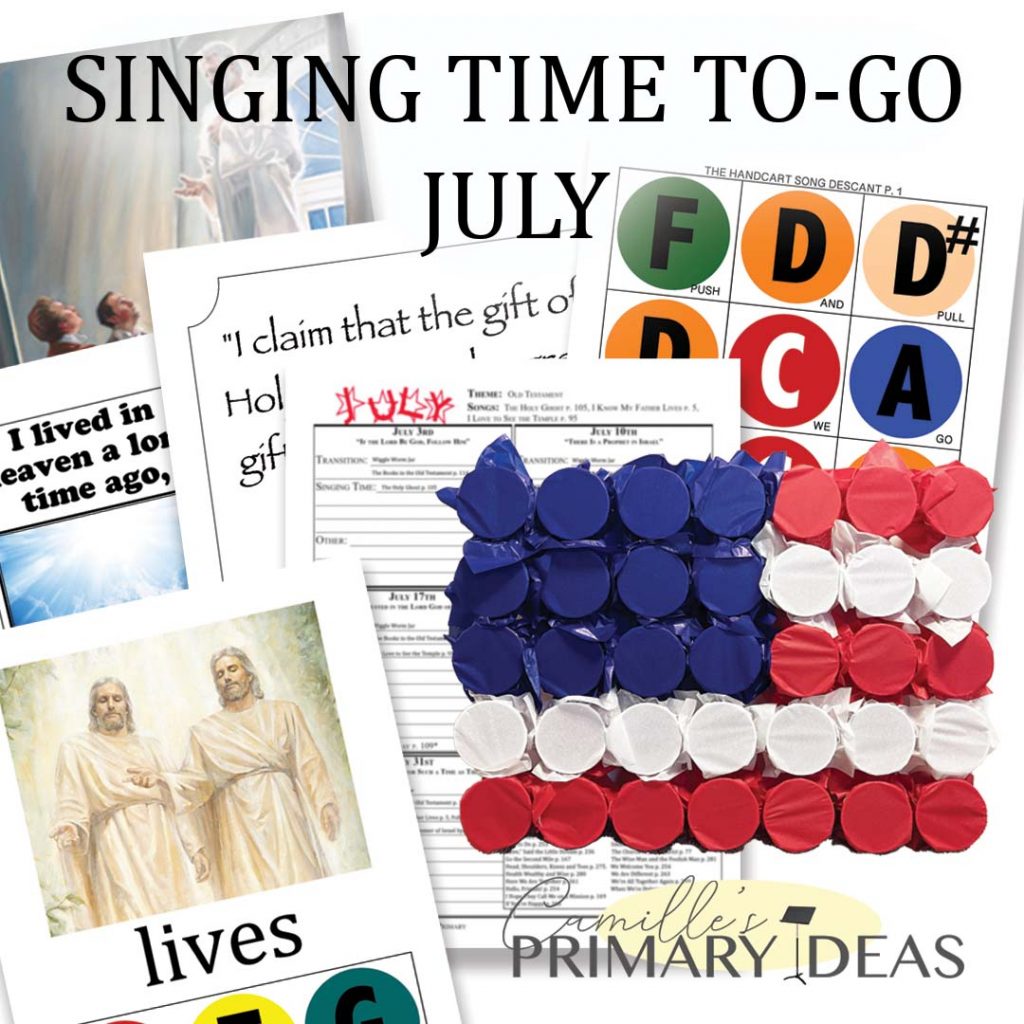 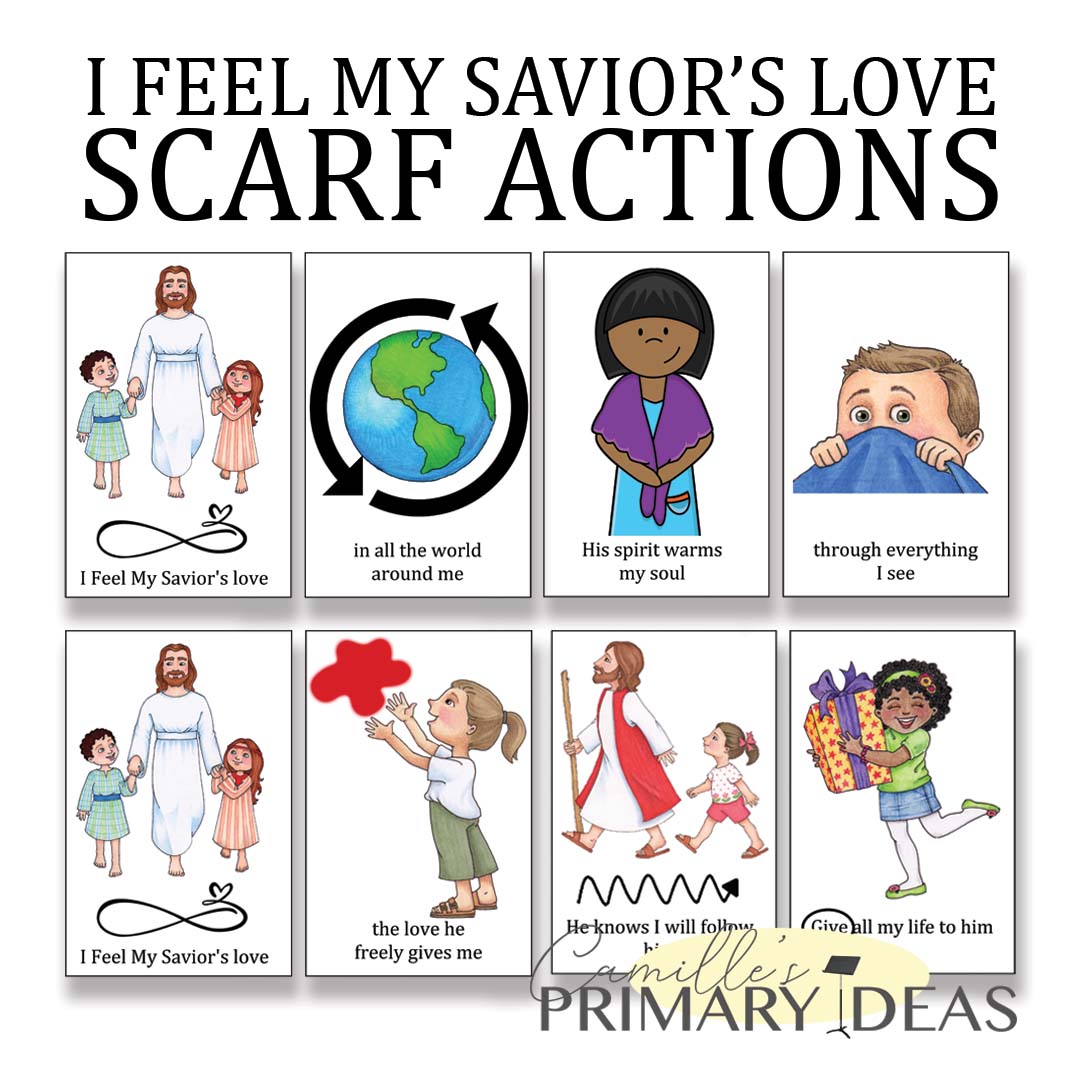 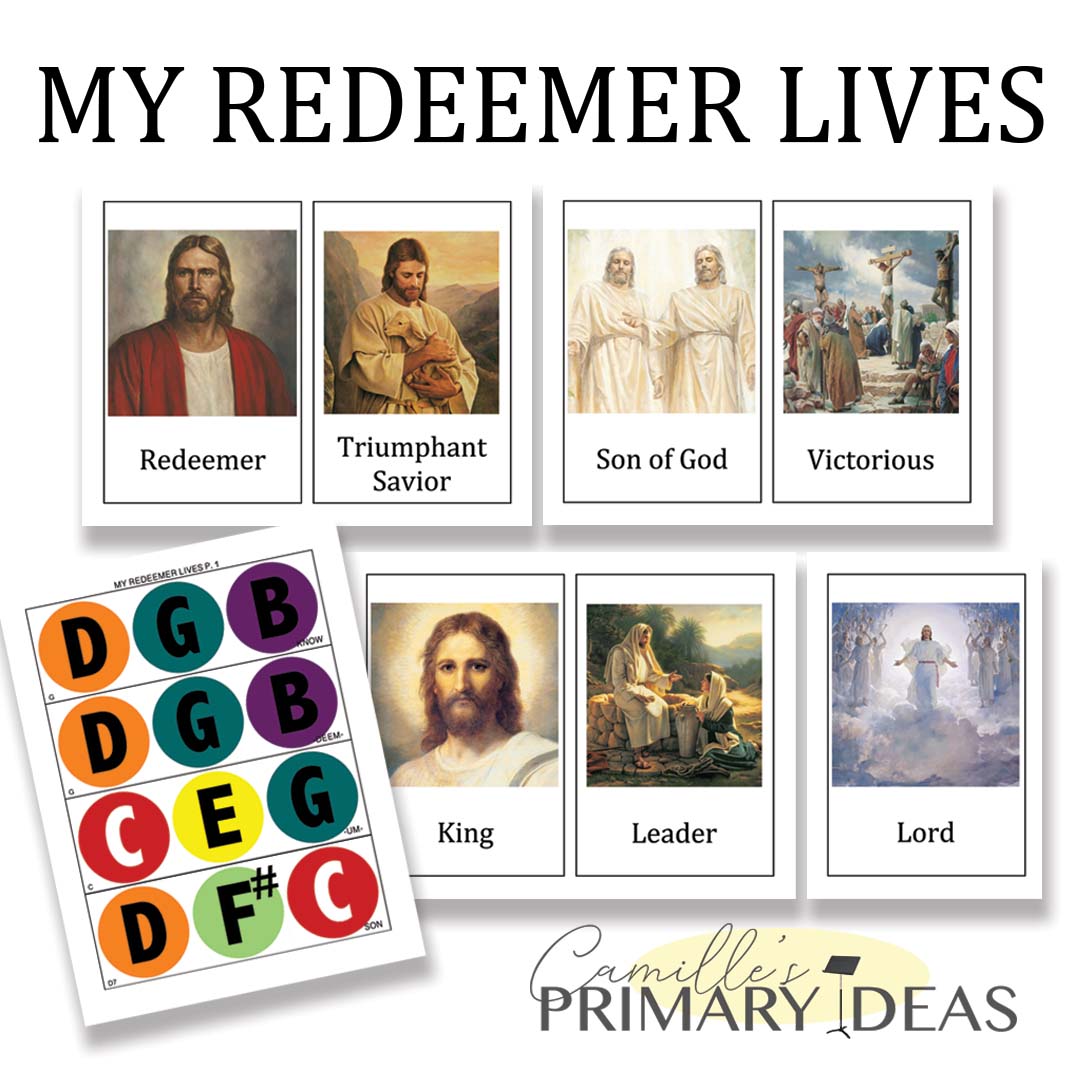 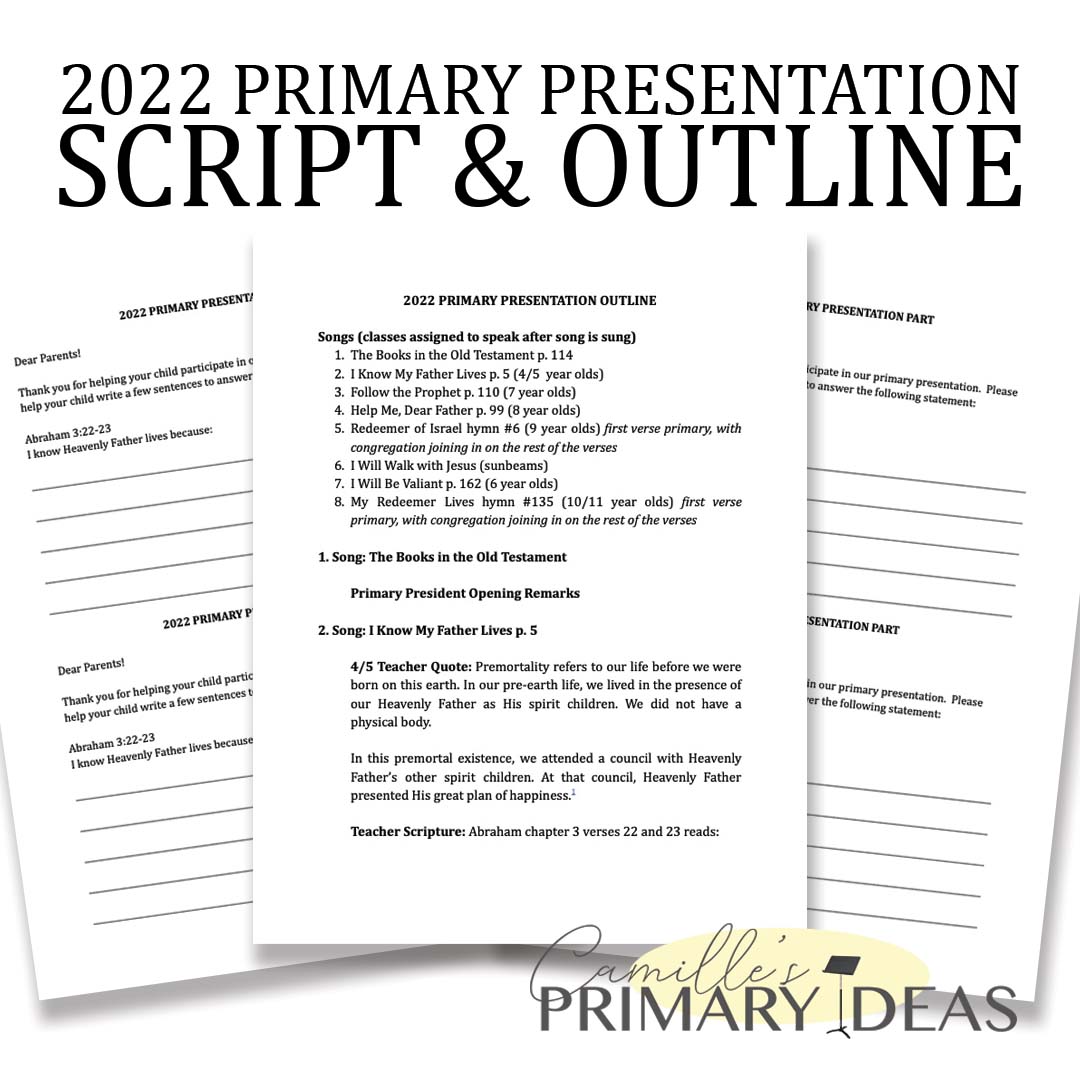